Marijuana Is As Addictive As Alcohol

Despite legalization of recreational marijuana use in some states, the fact remains that regular marijuana use is harmful, especially to young people.

Joints vs. Edibles:  Edibles take longer to get into your brain because they must be first absorbed in the gut, and it takes 2-3 hours to get there.  People tend to use more not realizing they have actually used more drug then they think. Using edibles puts them at higher risk for side effects and bad trips. It also causes more addiction and withdrawal is more difficult. 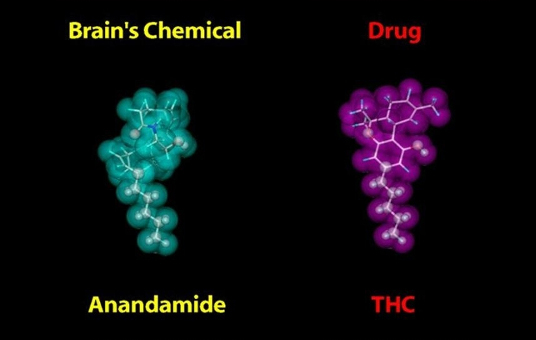 Marijuana refers to the dried leaves, flowers, stems, and seeds from the hemp plant. There are many varieties of this plant, and each contains different active chemicals in differing amounts. These chemicals are called cannabinoids and include delta-9-tetrahydrocannabinol (THC) and Cannabidiol.  Medical research is exploring the value of these chemicals in the treatment of many illnesses.  THC is associated with the high of marijuana and most of the negative effects of marijuana and has no medical uses. Cannabidiol may beneficial medicinal effects.

Marijuana withdrawal does not make you physically sick like heroin, pain pills or alcohol.  Instead it causes psychological symptoms including irritability, anxiety, sleep problems, decreased concentration, fatigue. Drug craving make it difficult to quit. Withdrawal begins in about 1 day, peaks 2-3 days after you stop using it, and lasts about 1-2 weeks. If not treated with proper medications, you feel sick and have trouble functioning normally.  This is a major cause of relapse.

People who use marijuana are often self-medicating away psychiatric and physical pain.

Marijuana addiction often occurs when people try to “self-medicate” serious psychiatric anxiety illnesses.  They use to cope with psychiatric problems such as Bipolar Disorder.  Long term, this will not work, but will makes matters worse. This is why diagnosing and treating co-occurring psychiatric problems is so important in Addiction Medicine.  Addiction Recovery Models like ours, must address both the Co-occurring psychiatric issues with the Addiction in order to be successful. Sustained  recovery is a good example of why this model is effective.

Medications used in the treatment Marijuana Cannabis  Use Disorders:

The vast majority of marijuana addictions can be safely and comfortably treated outpatient, and do not need inpatient care.

Your Individual Evaluation & Treatment Plan for Marijuana Use includes:

Dr Kittay specializes in the treatment of: