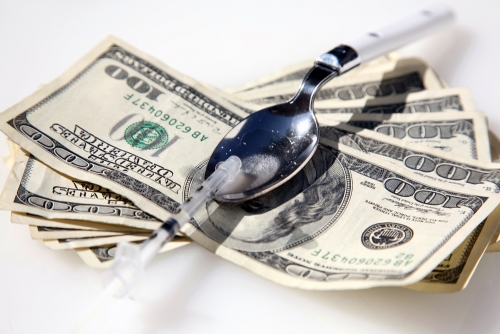 People who abuse heroin are often self-medicating away psychiatric and physical pain.

Heroin is a highly addictive opioid drug which has a devastating impact on addicted individuals and society including :

Tolerance to the euphoric effect of opiates develops faster than tolerance to the dangerous effects. Therefore, people often overdose by mistake because they are trying to get a higher high and take too much.

Those who are addicted to heroin and stop using the drug abruptly have severe withdrawal, known on the street as “Dope Sickness”.

Today we have excellent medications to help people comfortably and safely get off heroin and control the cravings to keep them off.   Some of the medications stop the urges to use, others stop the pleasure from the high. Furthermore, medications can be used to minimize withdrawal symptoms and maximize comfort, eliminating the fears of being sick during withdrawal.

Self-medicating with an opioid like heroin is a dangerous path, therefore, diagnosing and treating co-occurring psychiatric problems is essential to addiction recovery.  The sooner one gets help with a qualified Addiction Medical Doctor, the sooner one can break the bonds of addiction. 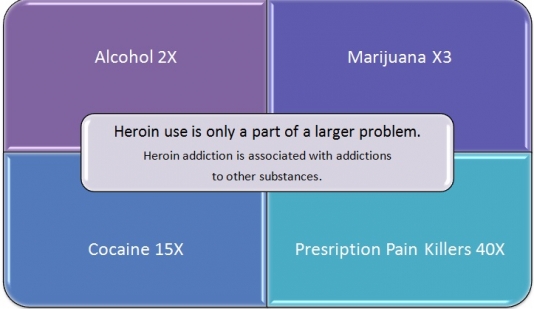 Nearly all people who use Heroin, use at least one other substance; most have tried at least three.

The vast majority of heroin addictions can be safely and comfortably treated outpatient, and do not need inpatient care.

Safe and effective FDA approved Medications are available for Heroin detox and to prevent relapse. Heroin addictions can be treated using the medications such as Suboxone, Subutex, Sublocade, or Vivitrol.

These medicines prevent pain pills from producing their high and/or stopping cravings and withdrawal symptoms. Treatments are individually structured for safety, comfort and effectiveness.

The majority of our patients can be safely and comfortably detoxified as home as outpatients, and do not need to be inpatient.  Once detoxed, medications to help maintain sobriety are prescribed to manage cravings and prevent relapse. Many patients do not need to go to a rehab facility  and unlike methadone, patients on these medicines are routinely seen monthly instead of in a clinic daily.

New:  SublocadeIn 2018, there is a  breakthrough medication for  treating heroin addiction.

Suboxone, Subutex or Sublocade Buprenorphine Treatment is NOT Replacing One Drug Addiction with Another.

WARNING!  MIXING HEROIN WITH FENTANYL CAN BE FATAL!   The Penny has a lethal dose of Fentanyl next to it.

Dr Kittay specializes in the treatment of: