There’s A Medicine for Opioid Addiction that Actually Works. It is Suboxone. Let’s Use It. 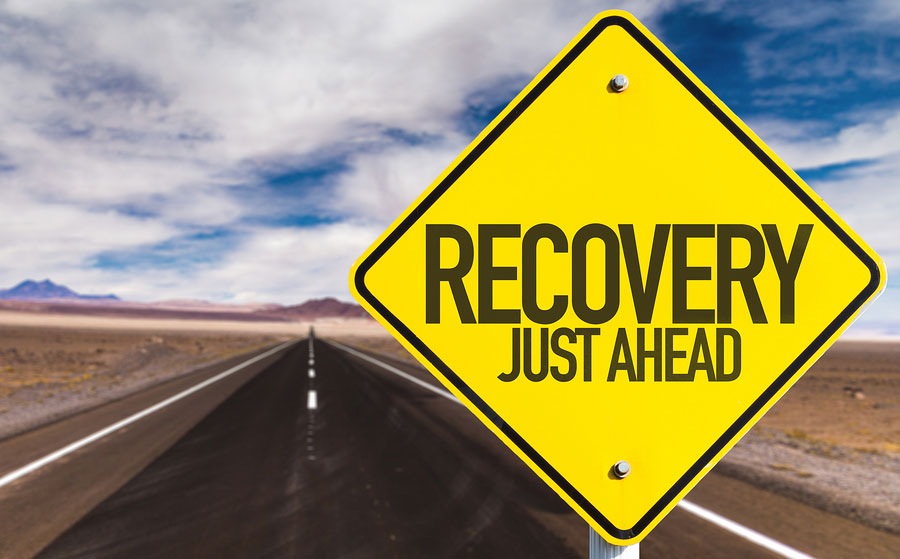 Suboxone treatment is the New Gold Standard of Opioid Addiction Treatment, and it is time Suboxone is recognized as the Wonder Drug it really is.

It is no longer controversial, buprenorphine, a medication popularly known under the trade name Suboxone combined with addiction counseling, is the most effective and safe form of opioid addiction treatment available. There is indisputable medical and scientific proof of this. It’s just a fact that this is the best way to treat people with an opioid addiction.

Suboxone is a wonder drug.  Just ask anyone who has been given a second chance at life because of it. Its time everyone recognizes Suboxone for what it is, the new standard of care for heroin, fentanyl and opioid prescription painkillers addiction.

How Does Suboxone Work?

Suboxone treatment prevents opioid overdose and overdose deaths by preventing opioid induced respiratory death and cardiac arrest. It does this by blocking the action of opioids on the brain’s breathing center and suppressing the debilitating symptoms of opioid cravings and withdrawal. This helps patients engage in therapy, counseling and support, and results in positive long-term changes in their lives. These changes develop into new healthy patterns of behavior that are necessary to achieve sustained addiction recovery.

Recovery is a process that Suboxone makes possible, but taking the medication isn’t enough. To be effective Suboxone must be accompanied by healthy behavioral changes because that is what ultimately reverses the changes in the brain caused by addiction.

Dr Kittay’s “Addiction Rehab without Walls”  Office based Outpatient care program,  is compassionate, caring and nonjudgmental, while at the same time providing the safest, fastest  and overall most effective FDA approved medical treatment for opioid addiction. Dr Kittay is a Harvard Trained Psychiatrist and Board Certified Addiction Medicine Specialist.

Suboxone almost immediately stops the progression of opioid addiction. Treatment with Suboxone, reduces opioid abusers risk of overdose and death, suffering from drug cravings, fears of withdrawal and relapse. People are able to function normally and focus on repairing and rebuilding their lives.

Suboxone’s overall effectiveness and safety lead to its approval by the Food and Drug Administration almost 20 years ago, and addiction researchers now regard it as an immensely valuable tool in the fight against opioid addiction. Suboxone and Sublocade stop opioid cravings and prevent withdrawal from heroin, fentanyl or opioid prescription pain pills.  Most importantly it significantly reduces the risk of overdose and overdose deaths.

You would guess that this would have made Suboxone as popular as sliced bread, yet less than 10% of addicts entering addiction care are treated with this medication. There’s no single explanation why opioid addiction treatment is mired in a kind of scientific Dark Age, or why addicts are denied the help that modern medicine can offer.

Much of the problem comes from those people who still believe that because Suboxone and Sublocade are themselves opioids, and the fuzzy incorrect notion that anyone using these medications is not “clean and sober”.  Clean and sober are not medical terms. People who use them are sadly missing the point.

Opioid Addiction is a Lethal Disease that kills over 3,200 Floridians a year.

Nearly 300 of our family, friends, and neighbors overdose daily, and nearly 10 die each day in the Sunshine State.

Opioid addiction is the number 1 killer of people under the age of 50.

People treated in 28 day abstinence only  programs, have 32 times the risk of overdose death within 4 months of becoming clean and sober in these programs then those not treated or who drop out, and 8 times the risk of overdose death within the first year. Yet a proven medical treatment that can prevent many of these overdoses and overdose deaths is misunderstood and unfairly maligned. Simply put, Suboxone saves lives, yet it is sadly underutilized. Addiction-free and addiction remission is not defined by clean, sober or abstinence the buzz words used by a failed and ineffective opioid treatment system.

The drug-treatment industry is also resistant to Suboxone because of its self-serving bias against a medical approach to treating opioid addiction.  Opposition to Suboxone, truly a lifesaving medication, comes from those 90 % of all addiction treatment programs that remain insistently and irritatingly wed to an abstinence-only based, 12-step approach to opioid addiction recovery. They ignore the fact that over 90 percent of graduates” from 28 Day Abstinence- Based only Opioid Rehab Programs or Detox Programs relapse in the first year, and many of these die of preventable opioid overdose

Sadly, standard opioid addiction treatment in the United States incorrectly emphasizes willpower over chemistry. To enter the drug treatment system, such as it is, literally requires a leap of faith. The system operates largely indifferent to the findings of modern medical science. Peer-reviewed scientific data and evidence-based practices do not control how rehabilitation facilities function.

The services received in most of Abstinence Based Rehab Facilities are determined by the philosophy, design and model of the treatment program, not the individualized needs of the client. This is more than just unethical. Many addiction experts see this as a form of medical malpractice. 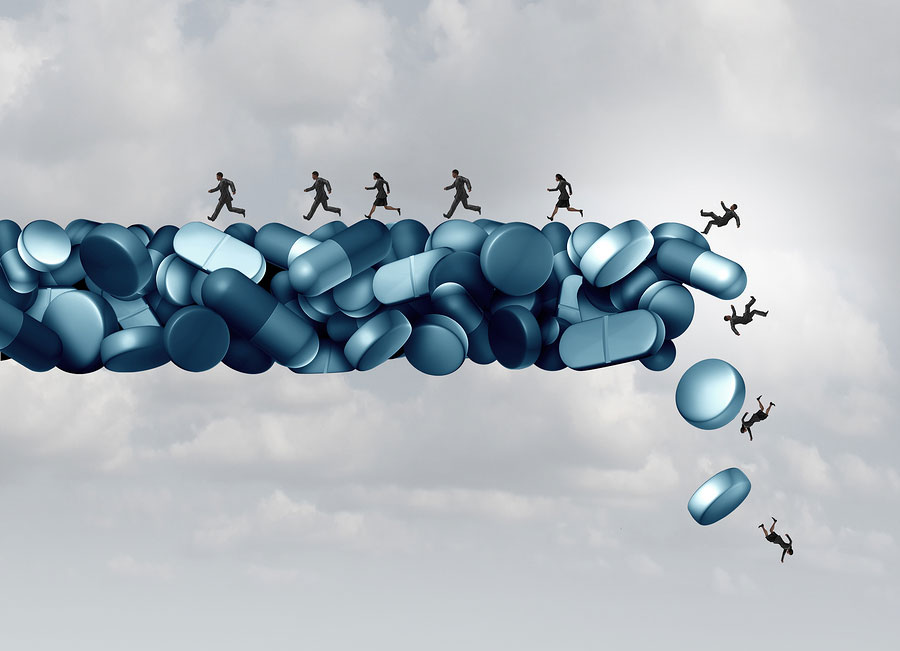 Tolerance, a condition that occurs when the body gets used to an opioid so that more of the opioid is needed to achieve the same effect, can easily increase ten-fold with regular opioid use; likewise tolerance can drop back down to its original level after a period of abstinence leaving opioid users extremely vulnerable to death by opioid poisoning at this time.

“Successful” graduates of 28 day abstinence-based rehab programs and/or rapid detox programs are at the greatest risk for overdose and overdose death of any population because of lowered tolerance resulting from recent abstinence; In fact, those who continue to use heroin during 28 day treatment or drop out early are far less at risk than successful graduates of these programs.

Suboxone is an opioid medication used to treat opioid addiction in the privacy and comfort of a physician’s office. It can be prescribed for take-home use for a month at a time. This, in addition to its pharmacological and safety profile, makes it an attractive treatment for opioid addiction.

The FDA has approved Suboxone, Methadone and Vivitrol for Medication Assisted Treatment of opioid addiction.

When all benefits and risks are considered, current scientific evidence shows Suboxone overall superior to Methadone and Vivitrol (intramuscular naltrexone). 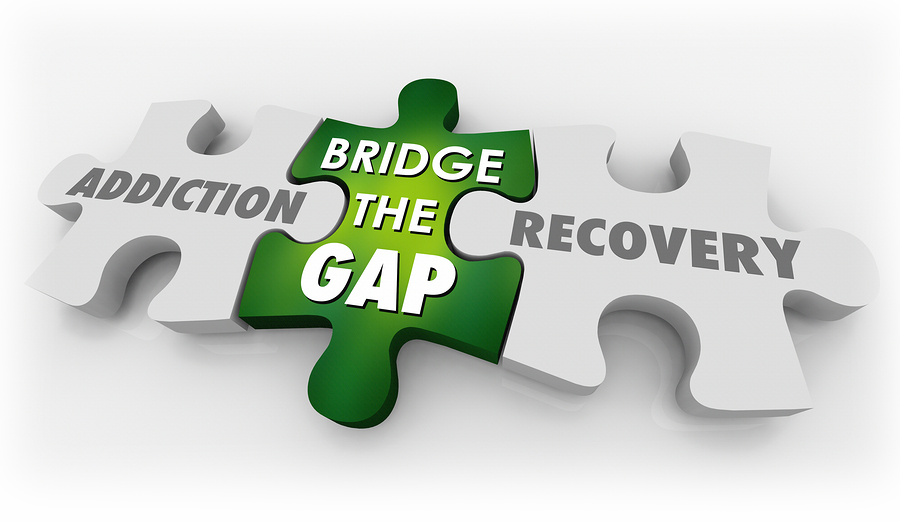 Compared to methadone, Suboxone is as effective as in preventing opioid cravings and relapses, but Suboxone:

Compared to Vivitrol, Suboxone is as effective as in preventing opioid cravings and relapses, but Suboxone is:

Sublocade is a new medication used to treat  opioid addiction that is similar to Suboxone but taken once a month.

Taking prescribed Suboxone is NOT Switching Addictions; it is the Solution to the Opioid Epidemic

Taking Suboxone every morning is as easy as taking a daily vitamin and it is all that is needed to stop opioid overdoses and deaths.  Suboxone is simply the best available treatment for opioid addiction, and the solution to the opioid epidemic.  Suboxone is a type of opioid, but using this FDA approved medication is not the problem some make it out to be, and thinking otherwise is a mistake. It often takes a medication like Suboxone to control the insatiable cravings and compulsive use of opioids. The goal and standard of treatment must be preventing the harmful and often deadly consequences of repeated opioid relapse.  Using Suboxone to prevent these destructive consequences is living addiction-free. Using Suboxone properly is not switching addictions, its effective and safe addiction remission.

Suboxone can change your life. You have a chance to live addiction-free.

Real help is just a phone call away. For a Free Addiction Medicine Consultation please call (813) 444-5200, or email us at info@mkittaymd.com. You deserve a second chance at life!